THOË® is a patented automatic and autonomous sampler using DGT® devices for the analysis of both dissolved metals and organic compounds in seawaters and freshwaters. Fully programmable, THOË® makes it possible to provide on a monitoring site concentrations time series recorded over several months. 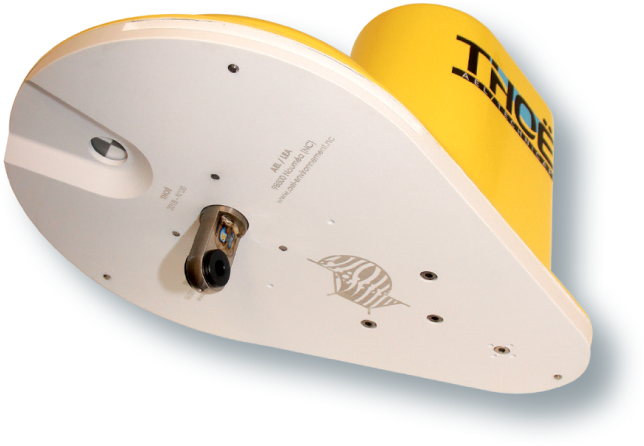 DGT® is a simple commercially available device for measuring inorganic/organic pollutants, nutrients and other dissolved components in water. 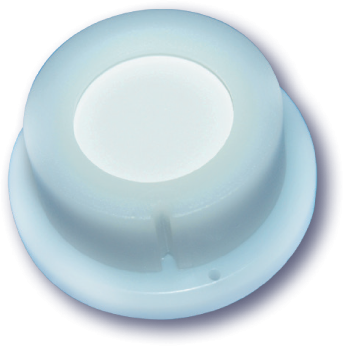 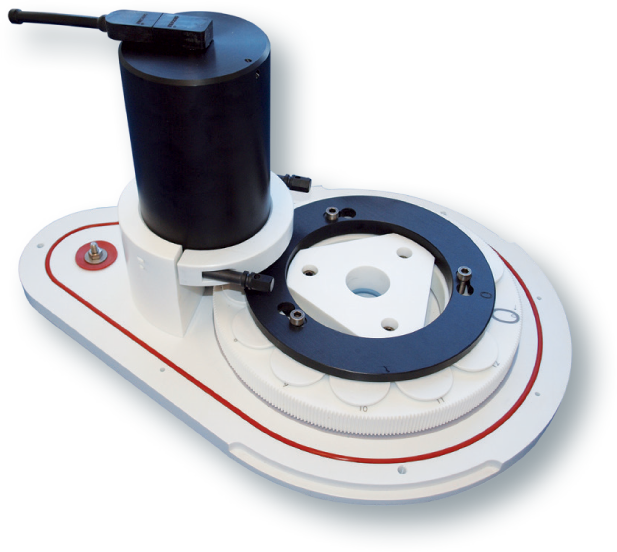 A new analytical methodology for water emerges with the development of DGT® technology coupled with the THOË® automatic sampler developed by AEL/LEA and built by TECHNICAP.

For example, for many years environmental monitoring of the marine environment has been conducted on the basis of spot sampling of water. This type of strategy generates significant logistical costs and makes the acceptance of high frequency sampling difficult.

The performances of this new methodology have been compared to the spot sampling of waters for dissolved metal pollutants. In the example of monitoring the port of Nouméa (New Caledonia), the results underline the remarkable similarity of the concentrations between the three different methodologies, but with the advantage for THOË to obtain time series without the typical logistical constraints.


Example for seawater: 3 methods for the analysis of dissolved metals 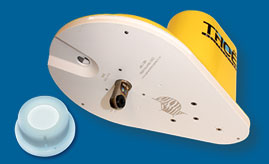 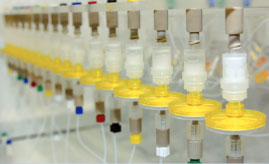 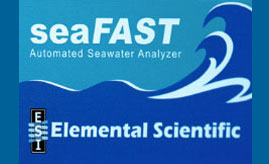 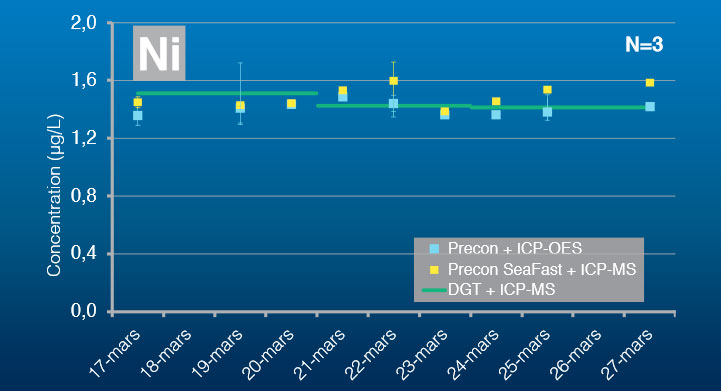 The similarities are particularly high for Ni and in good agreement for Pb. Concentration variations observed with spot sampling over time are generated by the daily influence tidal movements, whereas concentrations determined by DGT® correspond to average concentrations calculated over the exposure period (3 days). 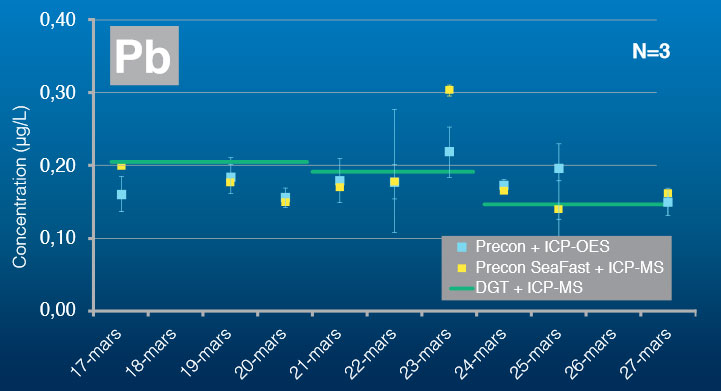 THOË® is a versatile sampler that can operate in both marine and freshwater environments for a wide range of monitoring/studies applications. Indeed, the use of the DGT® technology combined with sequential automatic sampling makes it possible to acquire time series of mean concentrations over several months. 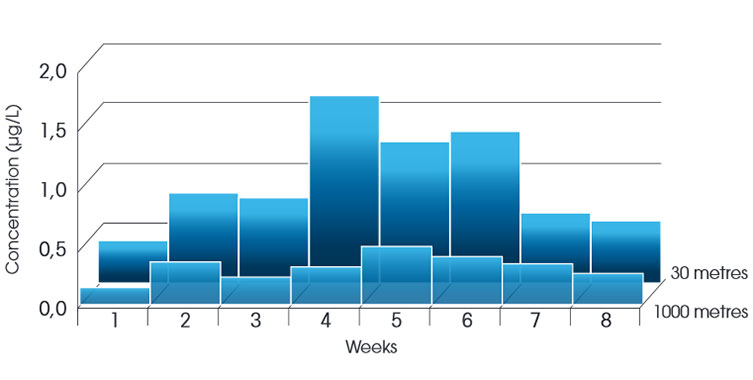 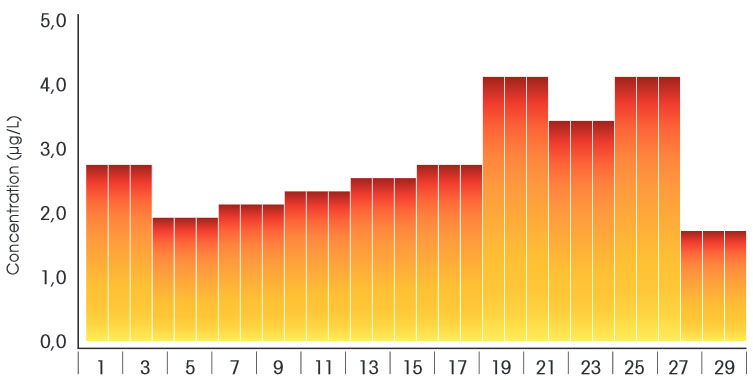 Dissolved Copper concentrations from a marina (above):
Each DGT® was exposed during three days over a one month deployment period. Concentration variations observed over time result of the influence tidal cycles.

Dissolved nickel concentrations determined for two monitoring sites at increasing distances from a marine outfall of mining effluents (left):
Each DGT® was exposed for a week during a two month deployment period. The temporal variations reflect the pollutant load changes at 30 and 1000 m distance. 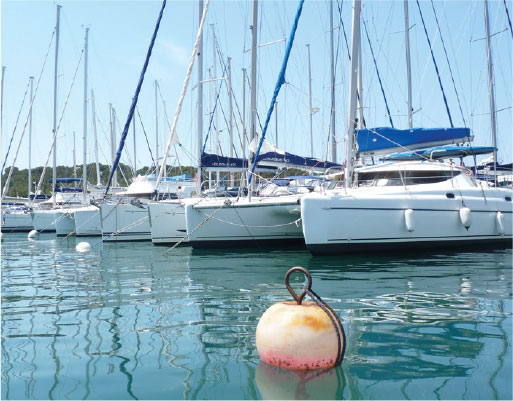 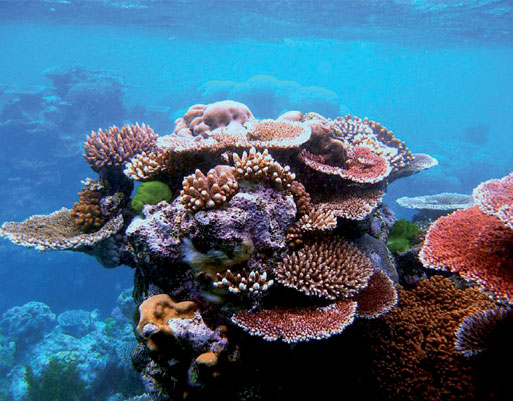 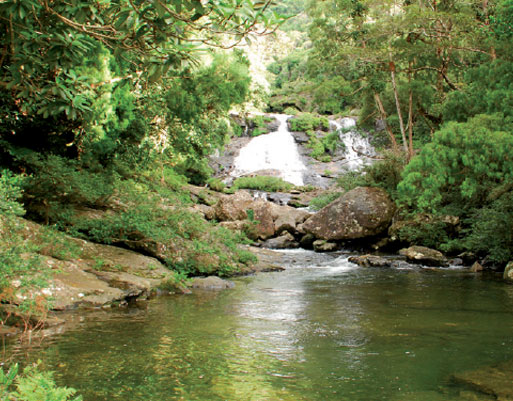 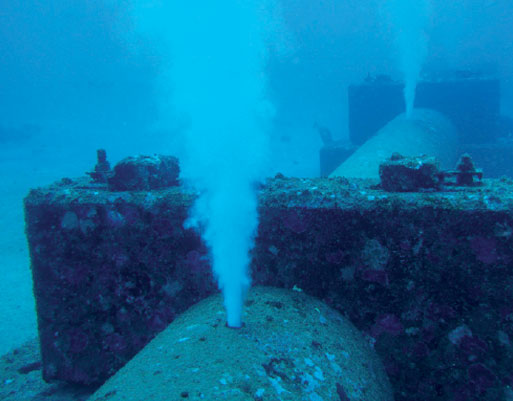 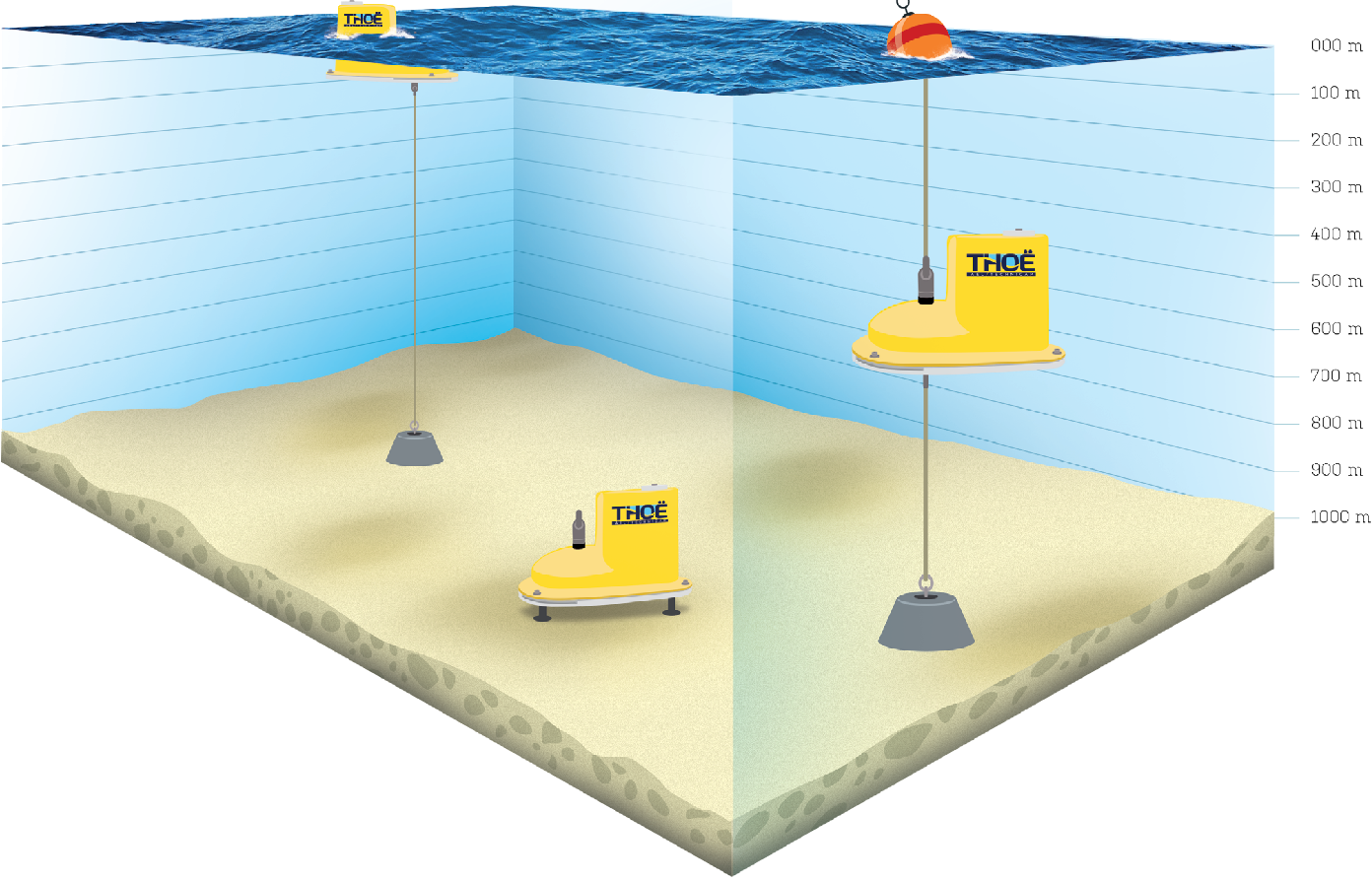 THOË® is designed to be submerged up
to a depth of 1000 m.. It can be fixed on a
mooring line, placed on the bottom using feet
attachments (optional legs) or deployed
on the surface of the water (optional float).